lf we look into the world as it may be at the end of another generation, let’s say 2019 — that’s 35 years from now, the same number of years since 1949 when George Orwell’s 1984 was first published — three considerations must dominate our thoughts: 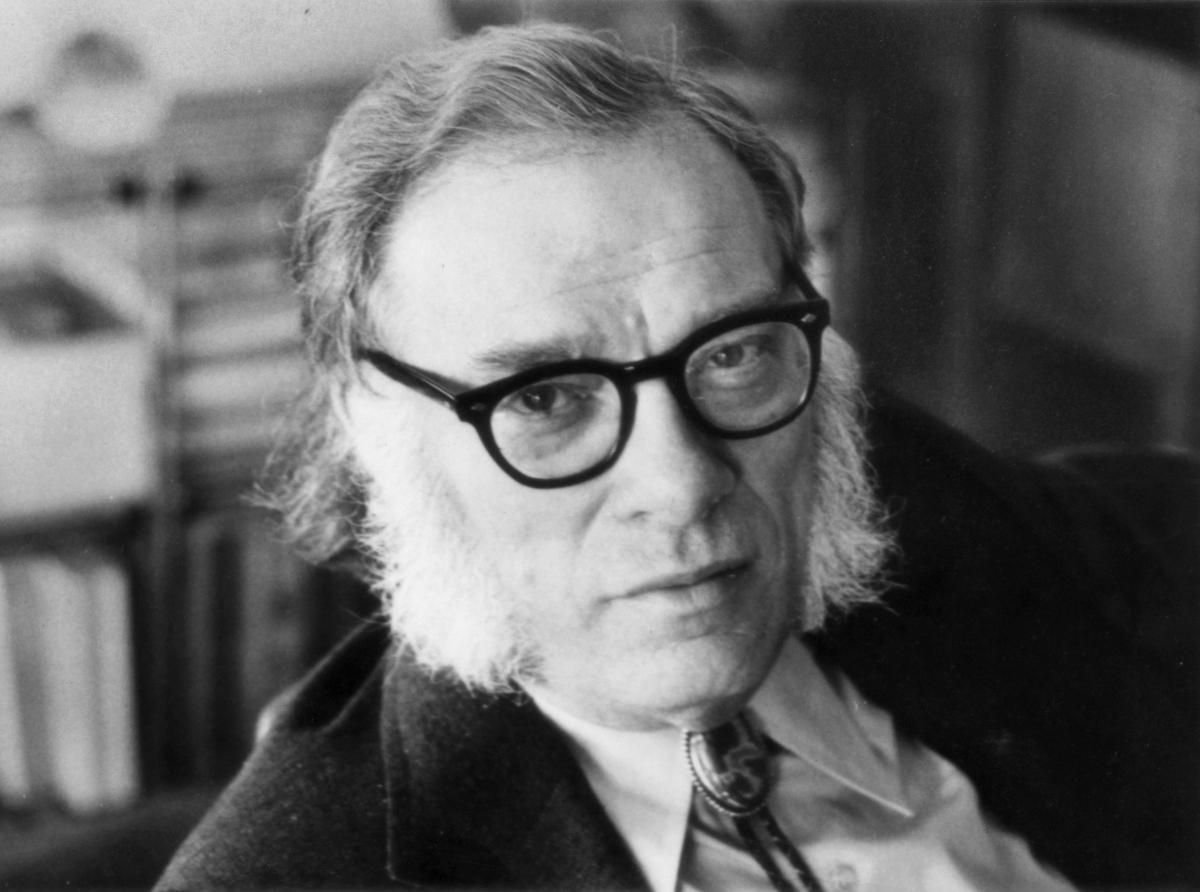 If the United States and the Soviet Union flail away at each other at any time between now and 2019, there is absolutely no use to discussing what life will be like in that year. Too few of us, or of our children and grand· children, will be alive then for there to be any point in describing the precise condition of global misery at that time.

Let us, therefore, assume there will be no nuclear war — not necessarily a safe assumption — and carry on from there.

Computerization will undoubtedly continue onward inevitably. Computers have already made themselves essential to the governments of the industrial nations, and to world industry: and it is now beginning to make itself comfortable in the home.

An essential side product, the mobile computerized object, or robot, is already flooding into industry and will, in the course of the next generation, penetrate the home.

There is bound to be resistance to the march of the computers, but barring a successful Luddite revolution, which does not seem in the cards, the march will continue.

The growing complexity of society will make it impossible to do without them, except by courting chaos; and those parts of the world that fall behind in this respect will suffer so obviously as a result that their ruling bodies will clamour for computerization as they now clamour for weapons.

The immediate effect of intensifying computerization will be, of course, to change utterly our work habits. This has happened before.

It is not that computerization is going to mean fewer jobs as a whole, for technological advance has always, in the past, created more jobs than it has destroyed, and there is no reason to think that won’t be true now, too.

However, the jobs created are not identical with the jobs that have been destroyed, and in similar cases in the past the change has never been so radical.

The jobs that will disappear will tend to be just those routine clerical and assembly-line jobs that are simple enough, repetitive enough, and stultifying enough to destroy the finely balanced minds of those human beings unfortunate enough to have been forced to spend years doing them in order to earn a living, and yet complicated enough to rest above the capacity of any machine that is neither a computer nor computerized.

It is these that computers and robots for which they are perfectly designed will take over.

The jobs that will appear will, inevitably, involve the design, the manufacture, the installation, the maintenance and repair of computers and robots, and an understanding of whole new industries that these “intelligent” machines will make possible.

This means that a vast change in the nature of education must take place, and entire populations must be made “computer-literate” and must be taught to deal with a “high-tech” world. 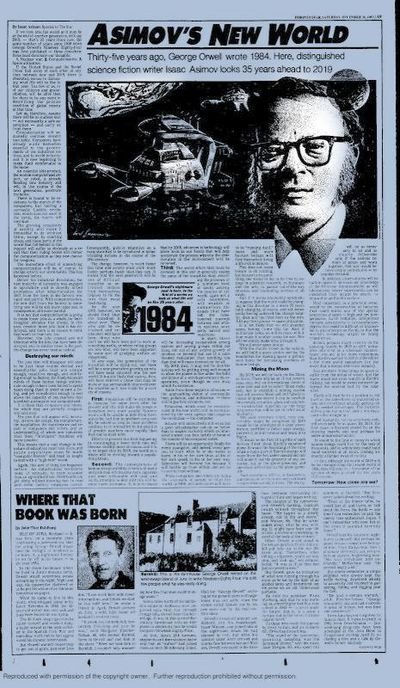 Again, this sort of thing has happened before. An industrialized workforce must, of necessity, be more educated than an agricultural one. Field hands can get along without knowing how to read and write. Factory employees cannot.

Consequently, public education on a mass scale had to be introduced in industrializing nations in the course of the 19th century.

The change, however, is much faster this time and society must work much faster; perhaps faster than they can. It means that the next generation will be one of difficult transition as untrained millions find themselves helpless to do the jobs that most need doing.

By the year 2019, however, we should find that the transition is about over. Those who can he retrained and re-educated will have been: those who can’t be will have been put to work at something useful, or where ruling groups are less wise, will have been supported by some sort of grudging welfare arrangement.

In any case, the generation of the transition will be dying out, and there will be a new generation growing up who will have been educated into the new world. It is quite likely that society, then, will have entered a phase that may be more or less permanently improved over the situation as it now exists for a variety of reasons.

First: Population will be continuing to increase for some years after the present and this will make the pangs of transition even more painful. Governments will be unable to hide from themselves the fact that no problem can possibly be solved as long as those problems continue to be intensified by the addition of greater numbers more rapidly than they can be dealt with.

Efforts to prevent this from happening by encouraging a lower birthrate will become steadily more strenuous and it is to be hoped that by 2019, the world as a whole will be striving toward a population plateau.

Second: The consequences of human irresponsibility in terms of waste and pollution will become more apparent and unbearable with time and again, attempts to deal with this will become more strenuous. It is to be hoped that by 2019, advances in technology will place tools in our hands that will help accelerate the process whereby the deterioration of the environment will be reversed.

Third: The world effort that must be invested in this and in generally easing the pains of the transition may, assuming the presence of a minimum level of sanity among the peoples of the world, again not a safe assumption, weaken in comparison the causes that have fed the time-honoured quarrels between and within nations over petty hatred and suspicions.

In short, there will be increasing co-operation among nations and among groups within nations, not out of any sudden growth of idealism or decency but out of a cold-blooded realization that anything less than that will mean destruction for all.

By 2019, then, it may well be that the nations will be getting along well enough to allow the planet to live under the faint semblance of a world government by co-operation, even though no one may admit its existence.

Aside from these negative advances — the approaching defeat of overpopulation, pollution and militarism — there will be positive advances, too.

Schools will undoubtedly still exist, but a good schoolteacher can do no better than to inspire curiosity which an interested student can then satisfy at home at the console of his computer outlet.

Education will become fun because it will bubble up from within and not be forced in from without. 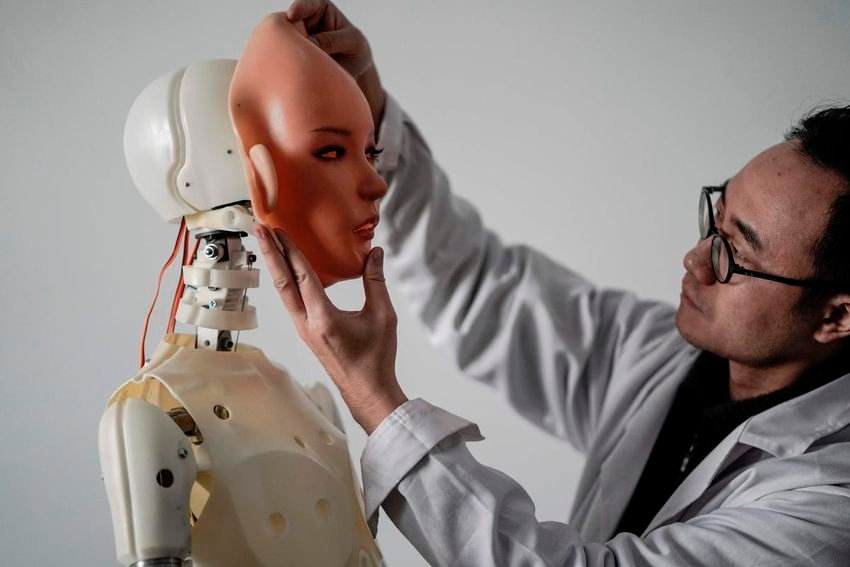 While computers and robots are doing the scut-work of society so that the world, in 2019, will seem more and more to be “running itself,” more and more human beings will find themselves living a life rich in leisure.

This does not mean leisure to do nothing, but leisure to do something one wants to do; to be free to engage in scientific research. in literature and the arts, to pursue out-of-the-way interests and fascinating hobbies of all kinds.

And if it seems impossibly optimistic to suppose that the world could be changing in this direction in a mere 35 years (only changing, of course. and not necessarily having achieved the change totally), then add the final item to the mix. Add my third phrase: space utilization.

It is not likely that we will abandon space, having come this far. And if militarism fades, we will do more with it than make it another arena for war. Nor will we simply make trips through it.

We will enter space to stay.

With the shuttle rocket as the vehicle, we will build a space station and lay the foundation for making space a permanent home for increasing numbers of human beings.

By 2019, we will be back on the moon in force. There will be on it not Americans only, but an international force of some size; and not to collect moon rocks only, but to establish a mining station that will process moon soil and take it to places in space where it can be smelted into metals, ceramics. glass and concrete — construction materials for the large structures that will be put in orbit about the Earth.

One such structure which very conceivably, might be completed by 2019 would be the prototype of a solar power station, outfitted to collect solar energy, convert it to microwaves and beam it to Earth.

It would be the first of a girdle of such devices fitted about Earth’s equatorial plane. It would the beginning of the time when a major part of Earth’s energy will come from the sun under conditions that will make it not the property of any one nation, but of the globe generally.

Such structures will be, in themselves guarantees of world peace and continued co-operation among nations. The energy will be so necessary to all and so clearly deliverable only if the nations remain at peace and work together, that war would become simply unthinkable — by popular demand.

In addition, observatories will be built in space to increase our knowledge of the universe immeasurably; as will laboratories, where experiments can be conducted that might be unsafe, or impossible, on Earth’s surface.

Most important, in a practical sense, would be the construction of factories that could make use of the special properties of space — high and low temperatures, hard radiation. Unlimited vacuum, zero gravity — to manufacture objects that could be difficult or impossible to manufacture on Earth, so that the world’s technology might be totally transformed.

In fact, projects might even be on the planning boards in 2019 to shift industries into orbit in a wholesale manner. Space, you see, is far more voluminous than Earth’s surface is and it is therefore a far more useful repository for the waste that is inseparable from industry.

Nor are there living things in space to suffer from the influx of waste. And the waste would not even remain in Earth’s vicinity, but would be swept outward far beyond the asteroid belt by the solar wind.

Earth will then be in a position to rid itself of the side-effects of industrialization, and yet without actually getting rid of its needed advantages. The factories will he gone, but not far. only a few thousand miles straight up.

And humanity, not its structures only. will eventually be in space. By 2019, the first space settlement should be on the drawing boards; and may perhaps be under actual construction.

It would be the first of many in which human beings could live by the tens of thousands, and in which they could build small societies of all kinds, lending humanity a further twist of variety.

In fact, although the world of 2019 will he far changed from the present world of 1984, that will only be a barometer of far greater changes planned for the years still to come.

How and why did the Star get Asimov to write for us back in 1983?

Vian Ewart, who was Insight editor then, says the idea for an Orwell series came naturally, and he recalls the project fondly to this day. He put together a team including a writer (Ellie Tesher), an illustrator and layout designer.

“Asimov was popular at the time” for his science fiction, Ewart says, “so I simply phoned him at his New York home and asked him. He loved the idea of a 1984 series and was pleased to be ‘the lead-off writer.’ He was a very gracious man and charged $1 a word.”

This Morning Routine Will Save You 20+ Hours Per Week